Join Jared Banks AIA for a candid discussion with fellow ARCHICAD user, Alicia Liebel-Berg, to explore the ins and outs of upgrading an ARCHICAD installation.

Having recently upgraded from version 19 to 22, Alicia has first hand knowledge of how to manage a multi-step upgrade. In this discussion she will share her upgrade experience, highlighting what features she found easy to integrate and which ones were more of a stumbling block. In addition, Alicia and Jared will discuss project migration, template revisions, and much more.

Throughout the discussion Jared and Alicia will also: 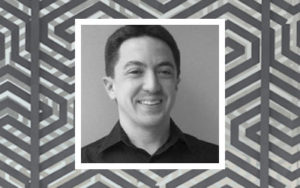 Jared Banks is a long time ARCHICAD user, teacher, and mentor within the ARCHICAD community. He first used ARCHICAD 9 in 2006, briefly dabbled in ARCHICAD 10, and then jumped to ARCHICAD 11 in 2007. He ended up using ARCHICAD 11 until 2010 at which point the firm he was at upgraded to ARCHICAD 14. Since then he’s always transitioned to the latest ARCHICAD version within a few months of release. He has also been a beta tester since ARCHICAD 16.

Alicia Liebel-Berg learned ARCHICAD in 2013, joining a Minnesota based ARCHICAD firm just as they transitioned to ARCHICAD 17. She left the firm two years later, having also used ARCHICAD 18 and 19. She then spent 669 days using a different software program before taking the leap to self-employment. Alicia returned to using ARCHICAD just as ARCHICAD 22 was released. Now a freelancer and small business owner, she has made ARCHICAD a core feature of her business.