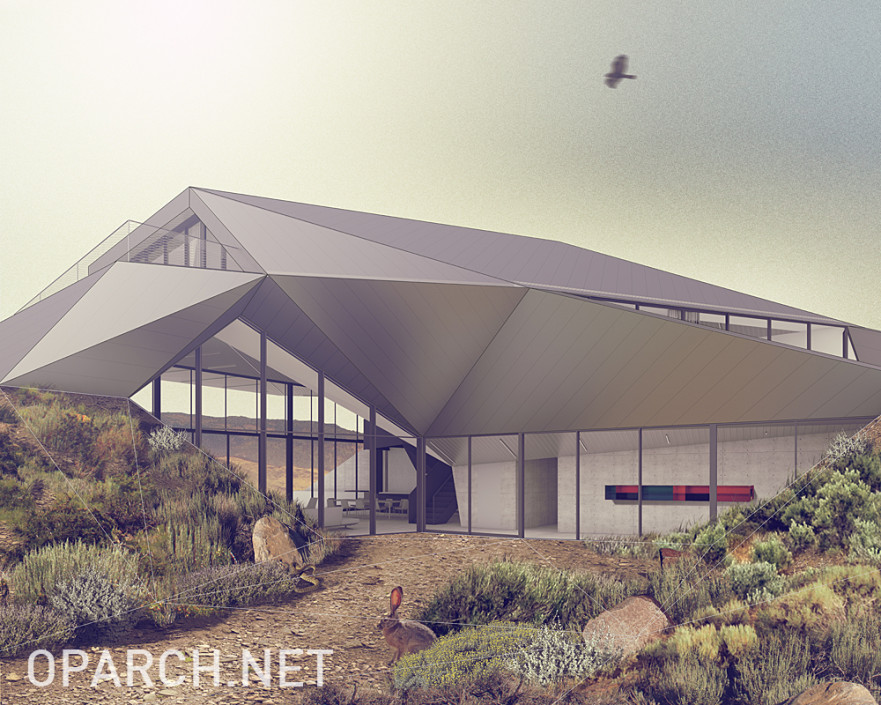 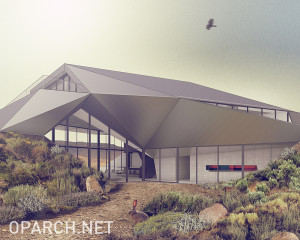 vision to become a reality. Ogrydziak Prillinger Architects (OPA), an award-winning San Francisco based architectural practice specializing in advanced geometries, has created a workflow that makes use of different technologies throughout the design process.

By taking a look at one of their current projects entitled Shapeshifter, a 4,900 SF house in Reno, Nevada, we can begin to understand how their design process unfolds. The project began with a wide range of loose, conceptual surface model studies using Rhino. Several of these concepts were developed computationally using a combination of Rhino and Rhino Grasshopper.

Once the schematic design was selected, the project was imported into ARCHICAD using a Rhino–Grasshopper–ARCHICAD Connection that allows for a seamless bi-directional geometry transfer. “With the new Rhino to ARCHICAD plugin, moving models between the two programs is trivial,” says Luke Ogrydziak, Partner at OPA. “This allows our office to optimize the strengths of the two programs. Rhino is an extremely flexible surface modeler, which is both light and quick. This makes exploring multiple design options in Rhino very efficient because there is minimal setup required for information management – allowing us to focus on pure geometry.  Conversely, ARCHICAD is a full-featured BIM package with excellent solid modeling capabilities. Using ARCHICAD with Rhino allows us to handle large projects without sacrificing design flexibility.”

Once a dimensionally correct ARCHICAD model was complete, OPA started working with the structural and MEP consultants. By integrating the structural and MEP elements into the BIM model via OBJ, they were able to evaluate for clash detection and conformity to the established constraint envelope. Again, using Rhino, OPA built a parametric model, which allowed them to resolve a number of complex details while maintaining a consistent geometric approach throughout in terms of how the assemblies are developed.

Next, the Shapeshifter project required a steel fabrication model, which was created in TEKLA from the ARCHICAD model, and structural details. The steel fabrication team worked back and forth with the design team to rework any elements that could cause potential problems.

Once the building and the systems were integrated, the design team was able to move onto some of the finer grain details of the project. Again, using Rhino and ARCHICAD’s Cinema 4D rendering engine, the team was able to communicate their design concepts quickly and integrate the selected options into the full model.

Now that the project is under construction, the contractors and subs use iPads on the job site. The BIM model is viewed via BIMx Pro, which allows for 2D and 3D project navigation. “This is extremely helpful in terms of clarifying the design intent,” says Ogrydziak, “especially in areas where more conventional representations like projection drawings would be inadequate.”

The Shapeshifter project is scheduled to be complete in Spring 2016. The client has been extremely satisfied with the design process and is looking forward to moving into their new home.

Ogrydziak Prillinger Architects is a progressive San Francisco-based office that has been globally recognized for projects ranging in scale from institutions to private homes, as well as interior and object design. Founded in 2004, OPA is an idea-driven office committed to finding design solutions that both expand the possibilities inherent in architecture and resonate within their particular context.