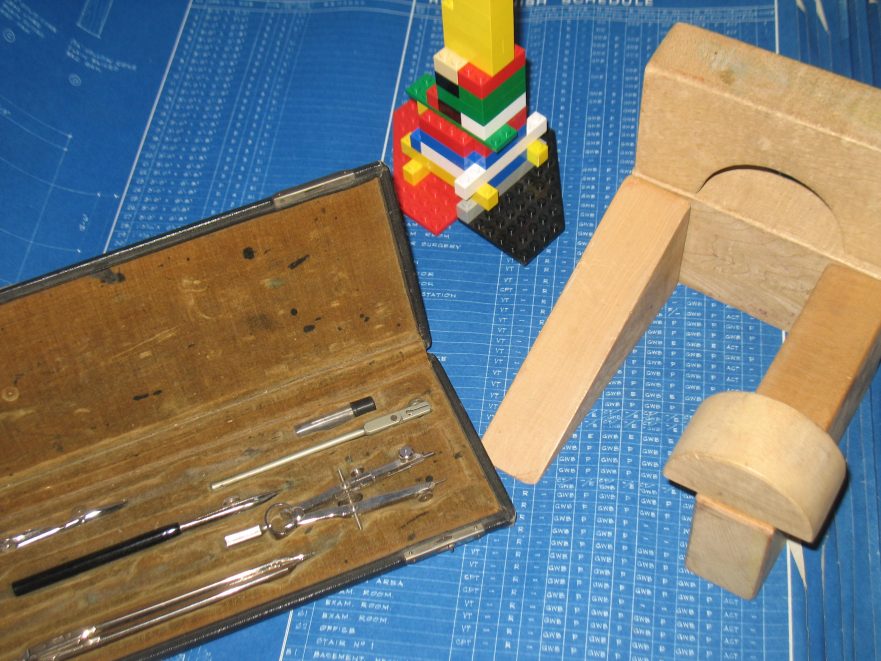 Smooth maple Froebel blocks, colorful plastic Legos and a green velvet lined leather box of drafting instruments started my design journey. Retirement interrupted it with a second career in journalism. And now I’m picking up the design thread again by learning Archicad. So far I’ve only managed to create the floor plate and exterior walls. But oh, how marvelous to change scale or flip that simple plan into 3D with one click.

I flunked retirement when an old friend called about exploring the possibilities for reinventing a 1970s era building as senior housing. It’s not a shape easily sketched on a napkin plus my sketching skills are dormant following a career dominated by project management and specifications. Featured architects I interviewed for ARCHVISTA blog posts had extolled the productivity multiplier of Archicad over other drafting based software. 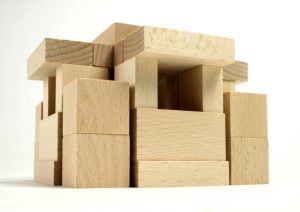 While they were realistic about the training to be proficient, the opportunity to tackle it was as irresistible as my friend’s request for help.

Choosing a career in architecture was nearly inescapable. Froebel blocks arrived on my 4th birthday. The educationally modular shapes subtly teach principles of mathematics and structure through exploratory play. The same blocks are said to have inspired Frank Lloyd Wright, Charles Eames and Buckminster Fuller.

Two years later, boxes of Legos began appearing annually under the Christmas tree. They weren’t packaged as kits, demanding adherence to plan instead of empowering imagination. My sister and I were delighted to find boxes of windows, or sloped roof parts, or simply miscellaneous colorful blocks ready to be turned into anything. Eventually we had an entire footlocker of Legos and created whole new towns every year, cottages to high rises.

And then in my freshman year of high school, my father handed me my Great Uncle Ernie’s set of drafting instruments and engineering pencils. We had no architects in our family, but Uncle Ernie came closest. He had lacked funding for a college degree and spent a long career as a mechanical engineering draftsman.

The ruling pens inspired me to enroll in mechanical drawing class the next year. I was dis-enrolled by a school counselor who said with finality “girls don’t take mechanical drawing.” My path to architecture would have ended there, but for my father. As a high school teacher, he knew the system and the drawing teacher. His gifts that year were critical to eventually starting a successful design firm – confidence, persistence and the importance of networking to find the back door when the front door is locked.

Ruling pens are amazing instruments, allowing an infinitely variable line width in any color of ink. But the drawing is slow and tedious. Changes mean either painstakingly scraping or carefully erasing the ink from linen or vellum without damaging the surface.

By the time I entered college, my single ruling pen was replaced by a suite of cutting edge Rapidograph technical pens lined up in a box like a Sears socket set. Graduation and first job as an intern architect meant mastering mechanical pencils and electric erasers. Making one change required chasing the impact through every drawing in the set. Worst task of all was painstakingly hand lettering 30×42 sheets of finish schedules. 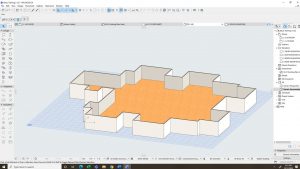 g the not-so-good old days is now an excellent incentive to work on mastering Archicad. I’m confident I’ll get there, but I sure wish there was a handy back door. Meanwhile, I’ll persist. Stubbornness has served me well in my career. The only ruling pen in my life now is in my email address.